If you don't yet have an ActiveReports 15 license, you can download the latest version today. To take a look at the list of reported bug fixes, please visit the Forums page.

In addition to the fixes mentioned, this release also comes with some requested features:

We have implemented a new "Tabular Text" export format for Page and RDL reports. Imagine you have a sales report of your products as such: 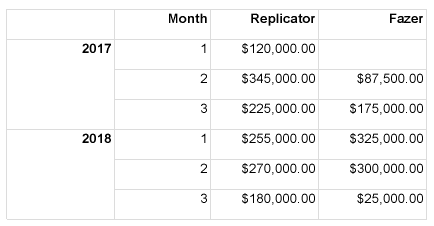 If you wanted to print this to a dot matrix printer, you would normally get an output such as:

While you have always been able to customize ActiveReports' End-User Report designers, in this release, we have simplified the process of controlling the ability to add data sources, datasets, and parameters in the Desktop End-User Report Designer.

We have added an "EnabledNodes" property to the Report Explorer component to control the ability of an end-user to add new data sources, datasets, or parameters. By default, this property is set to "all", which allows users to create new connections and parameters: 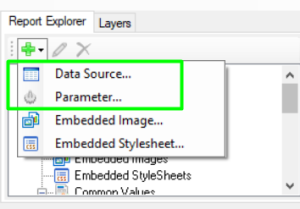 To disable the ability to add new data sources but allow adding new datasets based on data connection that already exists, you would set 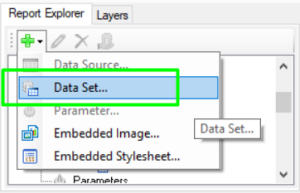 If, however, you only wanted to allow adding of new parameters, you can use the command: 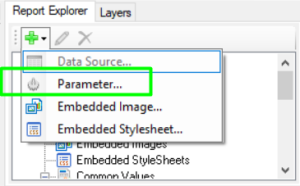 Finally, to disable everything you can set the EnabledNodes to "None" 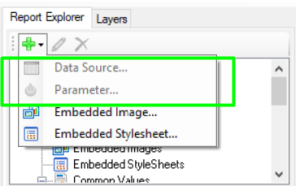 In this release, we have also added the ability to localize charts in your Page and RDL reports. You can now use localization resources to localize chart properties, similar to other controls:

The Web Report Designer offers increased functionality and ease-of-use for end-users, as well as customization options for developers. With the release of 15.2, we've added a few handlers to make that customization that much better.

We have implemented an onBeforeRequest method, which enables developers to add custom headers for the Web Report Designer's requests. This method is added to the designerOptions.sever, which receives an HTTP request init object as an argument. This object can then be changed and returned.

The following code shows the use of the onBeforeRequest event handler:

Additionally, the following new handlers help you better control the implementation of the Web Report Designer in your application:

Since this is a free update for any user with an ActiveReports 15 license, update by downloading the installer or using the PackageManager to update your NuGet packages to the latest build.

If you don't have ActiveReports 15 installed, you can download the online installer here.