FlexReport for UWP (Beta): Features and Differences from WinForms

FlexReport for UWP uses the same overall approach as the WinForms version – the .NET report is generated locally within a UWP application (as opposed to being generated on a server). The application is self-contained, so there's no need to write a separate web service to provide the reports. 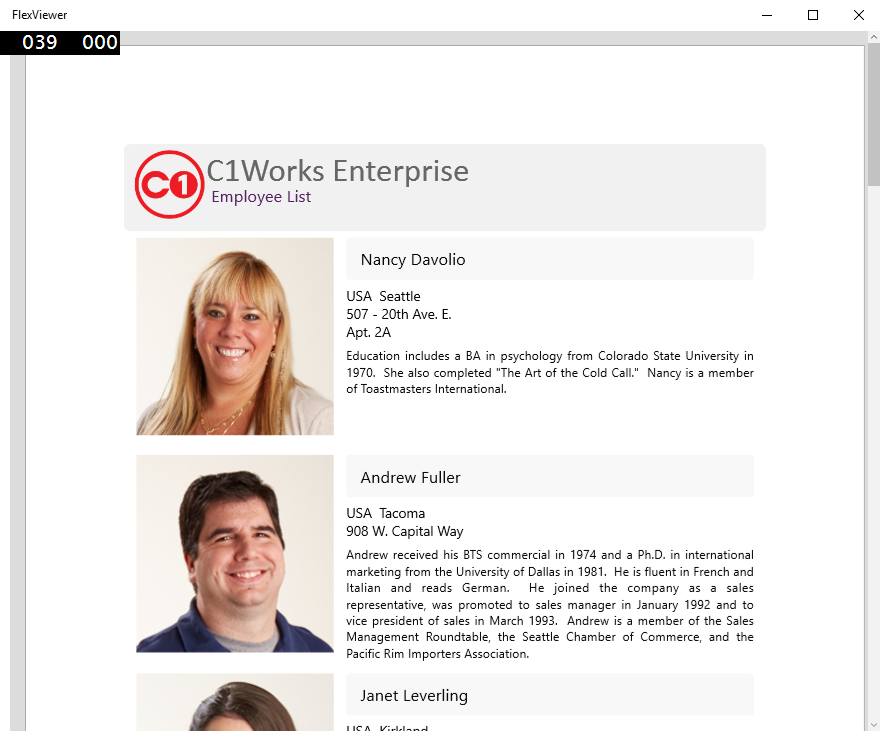 Hierarchy for field types with common base: FlexReport for UWP uses different class types (with a common base) to represent different types of report fields, including:

FlexReport for UWP Beta does not currently support ChartField, RTFField and LegacyFields that have RTF property True. 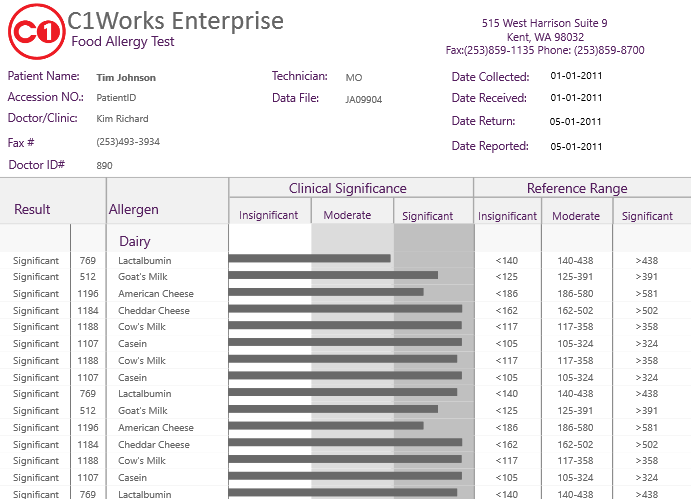 Add exporting capabilities to your UWP applications by exporting FlexReport to:

In the 2016v1 release, the following data providers are supported by FlexReport:

Trying to generate a report that uses an unsupported data provider will generate an exception. As in the WinForms version, the DataSource.RecordSet property allows you to directly specify a user object implementing the IC1FlexReportRecordset or the IList interface, as the data source.

Changes in Public Properties and Methods

Certain properties and methods are changed in the UWP version of FlexReport to make its use easier:

View documentation for FlexReport for UWP >>

The following Crystal Report features will now be supported upon migration to FlexReport:

Check out the new modern UI and professional look of FlexReport Designer: 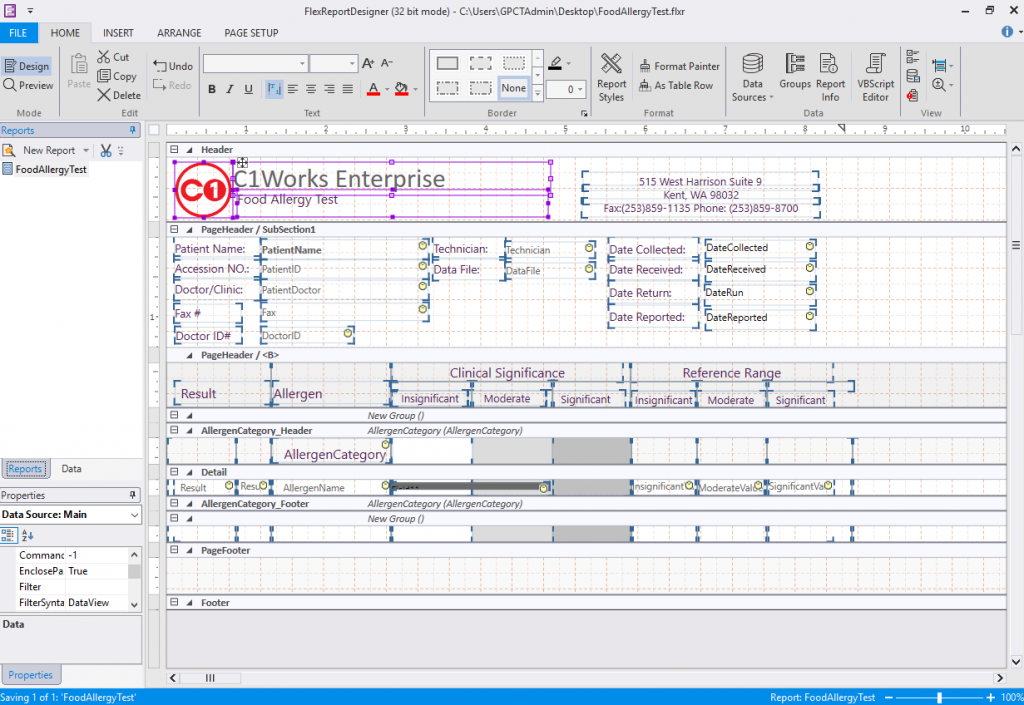 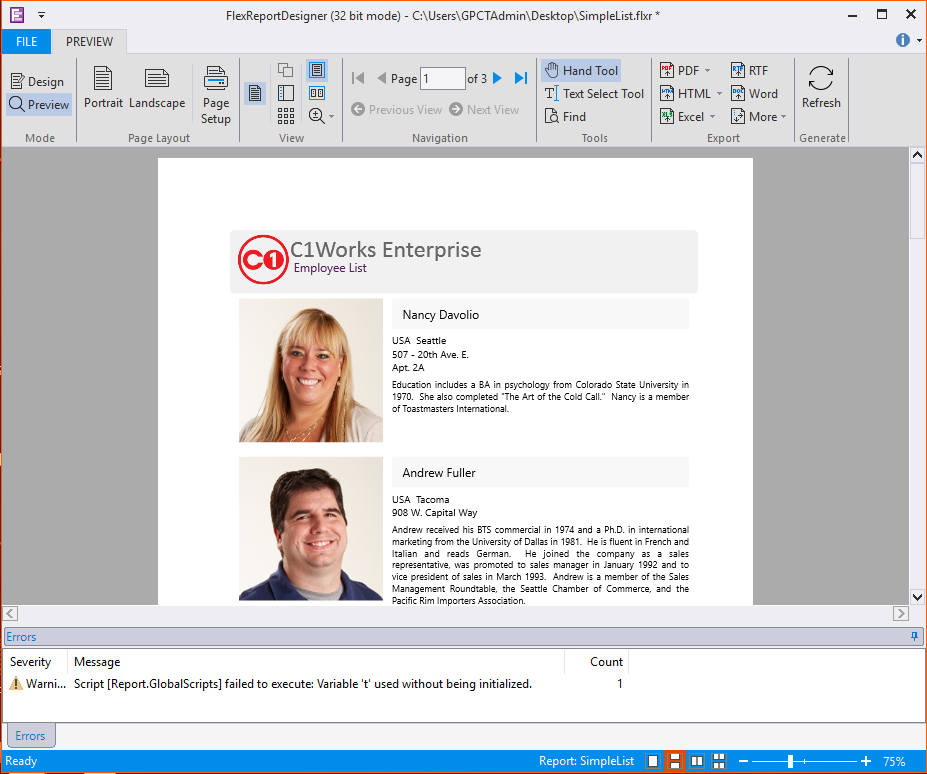 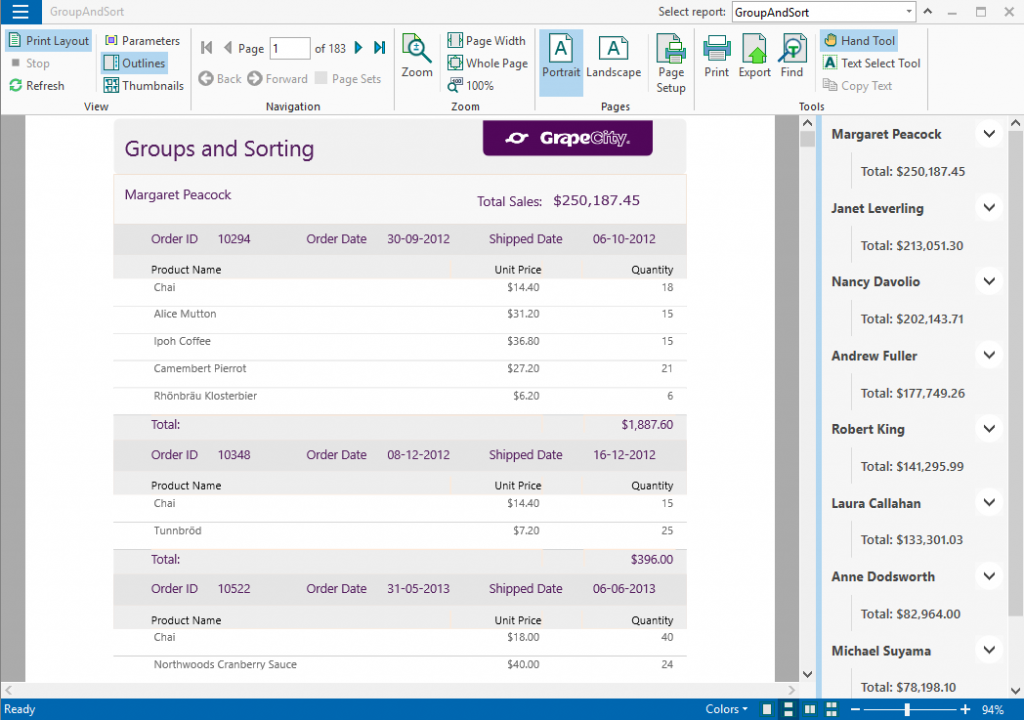