We have been hard at work getting Wijmo releases out the door. It's hard to believe we are already at 1.3.0! This release has an awesome new widget, a bunch of cool new features and a few breaking changes.

In case you missed it, we recently released an all new widget explorer too! Check it out.

This release features a preview of our new upload widget. It supports batch or single uploads and has an API for displaying upload progress.

One of the coolest new features in Wijmo is the refactored animation in our charts! We have added a new options to Bar Chart, Line Chart and Pie Chart called seriesTransition. This new options controls animation when the chart series data changes. As you can see in the demo it makes visualizing live charting much more smooth. We have added support for named easing equations in all of our charts: "easeInCubic","easeOutCubic","easeInBack","easeOutBack","easeOutElastic","easeOutBounce". Line Chart now has a direction option for animation to control how the line is animated in when being drawn. Valid values are "vertical" and "horizontal". 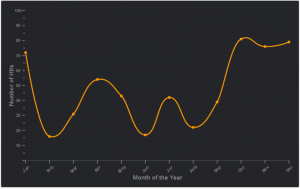 We standardized on event naming to ensure consistency within the toolkit. All events are now lower camel-case. For example, pageindexchanging was renamed to pageIndexChanging in the Grid. We also standardized the animation in all of our charts. Each chart now has the same animation option with the same default values: {enabled:true, duration:2000, easing:">"}. Some options are added on top of this core for chart type specific animations like "direction" in Line Chart.