The 2015 v2 release is a huge milestone for Xuni because the product expands beyond just a single platform. We originally developed Xuni specifically focused on the Xamarin.Forms platform. Before we expanded the control offering for Xamarin.Forms, we planned to expand the product and offer the same controls for pure iOS and Android developers. Expanding Xuni into new mobile platforms is the focus of the 2015 v2 release. Plus, we've added new controls and features to Xamarin.Forms so everyone gets something this release. The specific platforms and features added are described in this post. Or you can jump right into Xuni and download the 2015 v2 release below. Download Xuni 2015 v2

If you’re a native mobile app developer working in iOS, Android or any Xamarin Platform you now have more ways to incorporate Xuni into your apps. When you download Xuni, you are now getting control libraries and samples for five platforms:

The 2015 v2 release includes two new controls with the same features for all platforms. The Xuni FlexGrid control brings a spreadsheet-like experience to your mobile apps, with intuitive touch gestures and quick cell editing capabilities. FlexGrid is a datagrid control that allows you to display tabular data across columns and down rows. What makes it more useful than a ListView is that it offers specialized cell selection and editing capabilities, in addition to built-in sorting, grouping and filtering thanks to our CollectionView class. 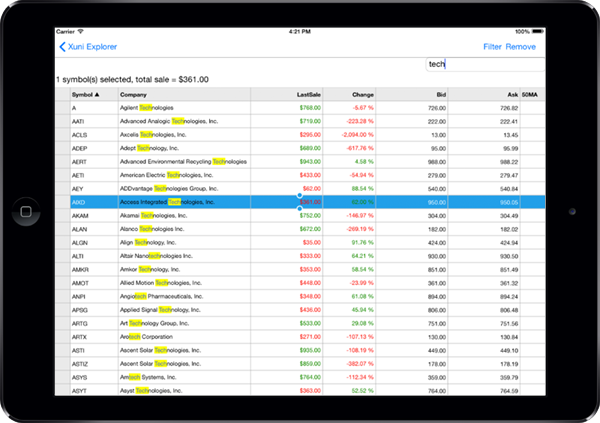 Learn more about FlexGrid and CollectionView. 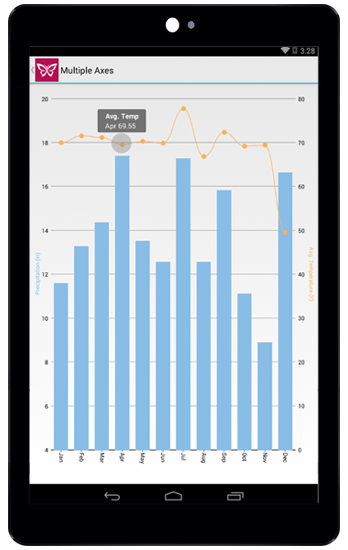 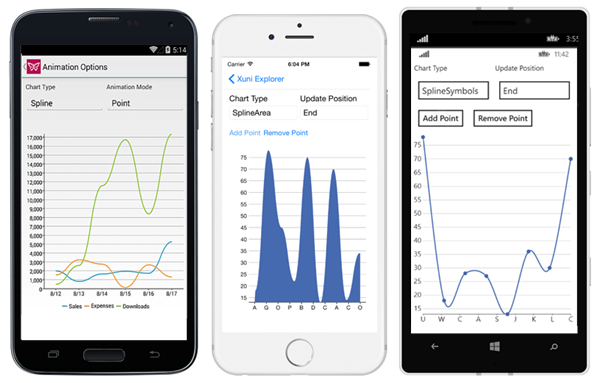 Data Labels – create and customize your own static data labels to display on each plot element. You can customize the content as well as the position by just setting a few properties. This feature is also supported in FlexPie. 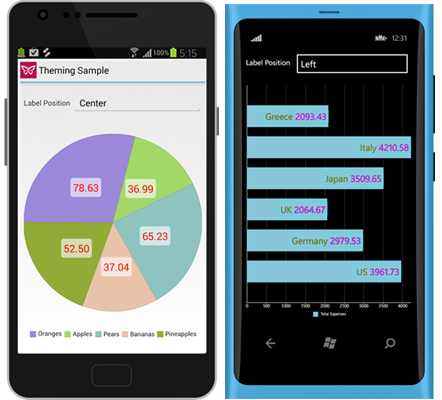 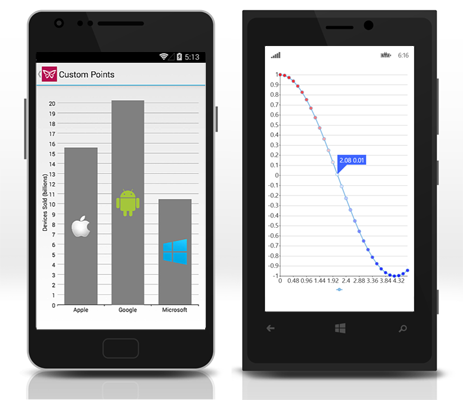 Responsive Legends - the FlexChart and FlexPie legends now position themselves responsively by default. This means if the page is landscape the legend positions on the right. If the page is in portrait view the legend positions itself on the bottom. For charts, this is helpful because it allows the visualization to efficiently use the available space. This feature is enabled by setting the Legend.Position = Auto. Of course, you can override it by setting any specific position. 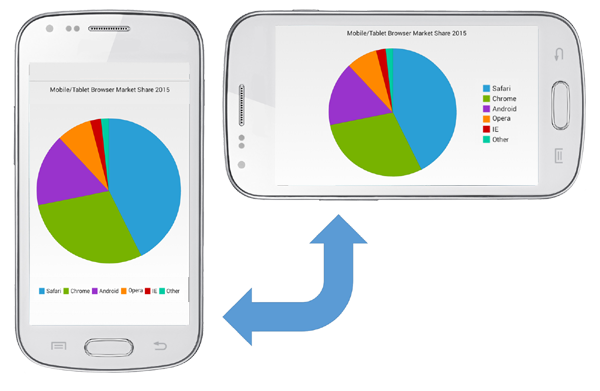 Update Animation – get built-in animation effects on the plot elements when the data changes. This feature not only brings life to your data visualization, but it's also useful to emphasize trends. Just like the load animation, you can configure the duration and easing of the animation by setting the UpdateAnimation properties.

Image Export – you can easily obtain the image of the FlexChart control and further save it, share it or do whatever is imaginable with an image. This feature is actually enabled in every Xuni control including FlexGrid and the gauges. To export the image of the control you just call the GetImage method and then use standard platform techniques to manipulate the bytes. Learn more and see all features for FlexChart and FlexPie. To see how to implement the new features, check out the online documentation.

Adding to its significance, www.goxuni.com is officially launched as part of this release. Some new important links to check out include:

Learn more about using Xuni in iOS and Android development environments by attending one or two free webcasts. These webcasts will give a full overview of Xuni for the pure native platforms and walk you through getting started with the controls using Xcode and Objective-C or Eclipse and Java. We’ll demonstrate populating the controls with data, configuring common features in the controls, and licensing your app for final deployment. These webcasts are ideal for someone with some experience in native development and looking to see how they can quickly get up and running with Xuni. You can register for either one at the links below. REGISTER FOR XUNI IOS 8/27 >> REGISTER FOR XUNI ANDROID 9/10 >>