We’re excited to announce the first preview of our .NET 5 WinForms and WPF Editions are available with the ComponentOne 2020 v2 update. We’ve worked with Microsoft to ensure these controls are supported with the latest Visual Studio 2019 Preview before the framework itself. Our controls will be officially released later this year.

In this blog, we’ll share some .NET 5 development information, and we’ll demonstrate how to get started using the ComponentOne .NET 5 CTP.

The Future of .NET is Here

.NET 5 is the future of .NET. It’s the next evolution of .NET Core, and since it includes about 50,000 .NET Framework APIs, it will be the next step forward for desktop applications built on WinForms and WPF. It unifies .NET development across the web, cloud, mobile, and gaming by providing a single .NET runtime that can be used everywhere. 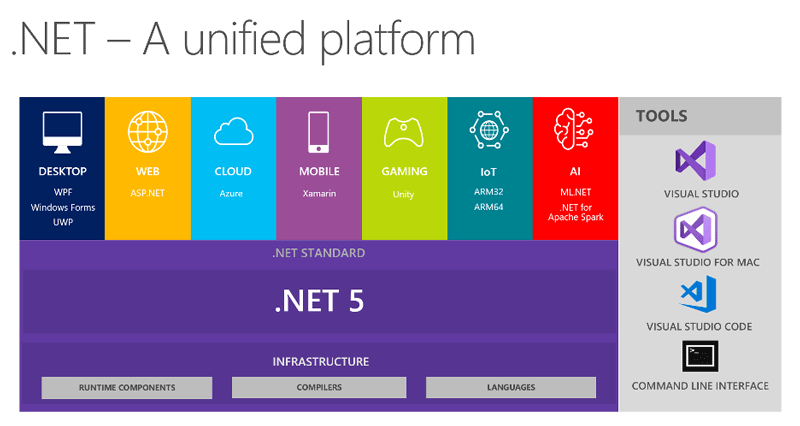 What Developers Plan to Do with .NET 5

Last month we ran a survey asking some of our WinForms and WPF users about their development plans. Out of about 180 responses, we see that 40% of developers have no plans (yet) for .NET 5, and developers are more likely to migrate existing apps than create new ones. It is still early, and, like most development platforms, we don’t expect adoption to be immediate. 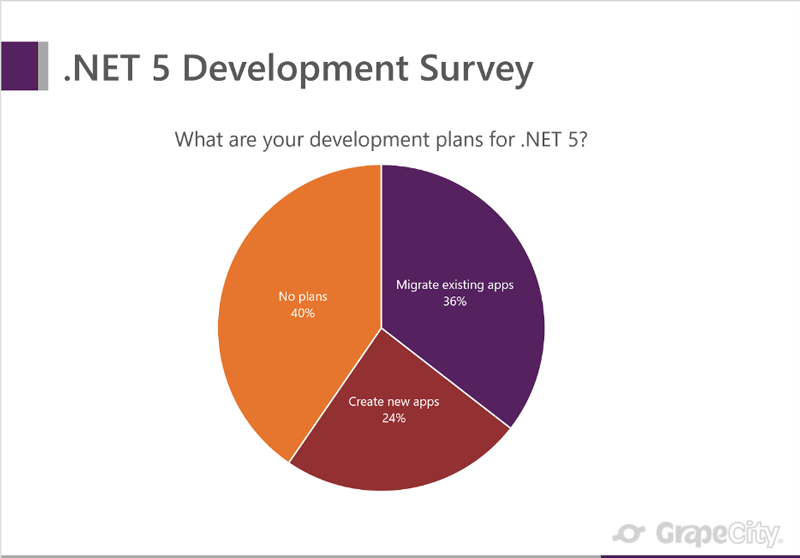 Get Started with .NET 5 Preview

To get started with .NET 5, you’ll need to set up your dev environment to work with Microsoft previews:

Then you can select the WinForms or WPF .NET Core application template, and set the Target Framework to .NET 5, to start building .NET 5 desktop applications. Remember, since .NET 5 is the next step in .NET Core, the project template is still considered .NET Core for this preview. 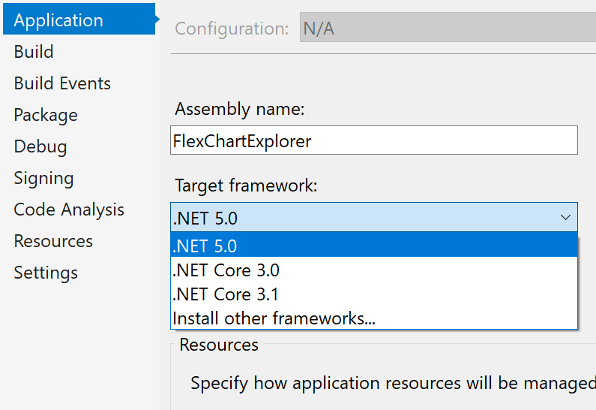 Take a look at the first .NET 5 WinForms and WPF controls we have implemented just in time for the .NET 5 Preview 7. These controls are built on .NET 5 and take advantage of new features without compromising backward compatibility or performance. This first wave focuses on datagrids, charts, and other essentials. Our WPF controls have full support for the designer; however, the designer is still limited in WinForms for .NET Core and .NET 5 applications.

For .NET 5, NuGet packages will be the best way to consume 3rd party libraries. Next, you can download the ComponentOne .NET 5 NuGet packages and samples.

How to Install the ComponentOne .NET 5 CTP

The quickest way to get started is download the .NET 5 libraries from the NuGet Gallery (nuget.org). Make sure to select “Include prerelease” and search for the C1.WPF. or C1.Win. packages. 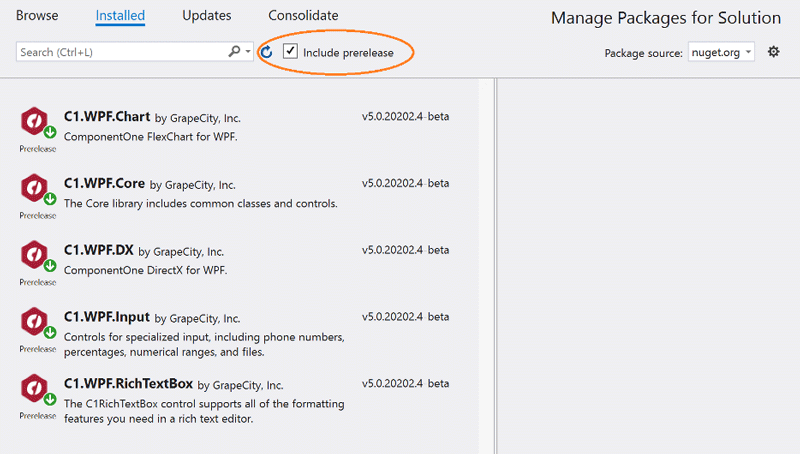 To install the .NET 5 CTP samples & packages, download the ComponentOne installer, select the latest version of WinForms or WPF Edition, and select the .NET 4.5.2 version. This version includes the .NET 5 CTP packages for now. In the future, the downloads will be separated. 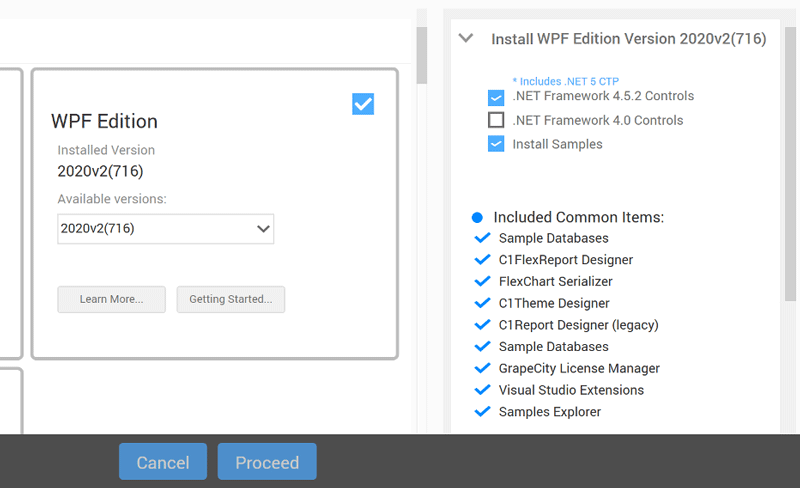 About the .NET 5 CTP Licensing

This .NET 5 version of ComponentOne WinForms and WPF controls is a CTP (community technology preview). It is not intended for use in final production. The controls have a built-in license that will expire on January 31, 2021. Three days before this date, applications built using the controls will display a message that the license will terminate in three days. And after January 31, 2021, applications will not work.

The .NET 5 controls will be officially released around the same time Microsoft releases the framework. At that time, you will be able to update the version of the controls to a properly licensed version that will not expire.

Our goal is to keep the API compatible with the .NET 4.x version as much as possible. We plan to add more controls by November based on user feedback and usage. We’d love to hear your feedback and requests! Let us know on our forums, and take our .NET 5 development survey if you haven’t already.

You can also read more about .NET 5 features on the Microsoft blogs: Introducing .NET 5.