.NET 5 is the convergence of .NET Framework and .NET Core. With this, Microsoft is unifying APIs and runtime of all development platforms. We have been collaborating with Microsoft to make the controls compatible, and we are pleased to announce the community preview of .NET 5 controls for WinForms.

These controls are supported with the preview version of Visual Studio 2019. We are working to officially release these controls soon after .NET 5 is released for production use.

We aim to keep the API compatible with the .NET 4.x version to a high degree. While existing applications can continue to leverage our .NET Framework 4.5.2 controls, to support .NET Core 3.1, these .NET 5 controls do not compromise on architecture.

To take advantage of the newer features in .NET 5, we have refactored legacy code and removed support for old visual styles.

These controls are available as NuGet packages, which can be used for preview purposes. Please note that the controls should not be used in production as .NET 5 is itself in preview. 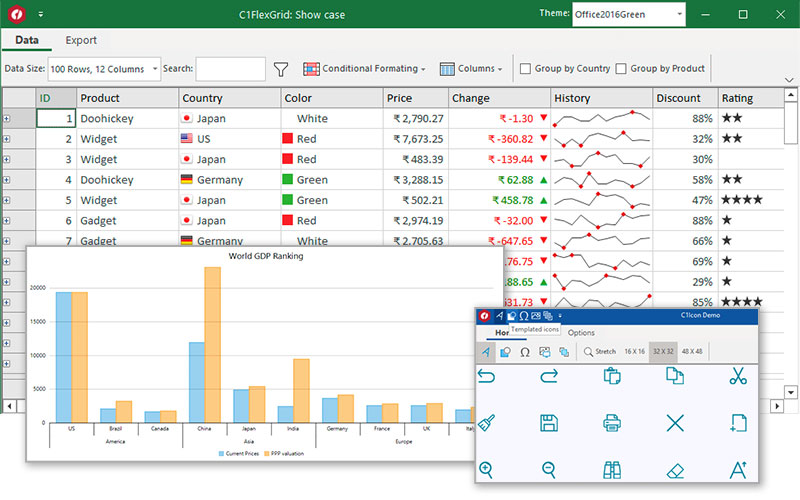 For the initial preview, we are releasing the following controls:

Getting Started With .NET 5

To use the .NET 5 controls, you'll need the latest preview of Visual Studio 2019. The preview version can be installed here.

In this walkthrough, we'll create the DataTable sample of FlexGrid that is available in .NET Framework 4.5.2 version.

Like previous versions, this is all that is needed to configure the FlexGrid control and bind it to data.

We have ported some samples for each control that we have added. We have also added a Showcase sample for FlexGrid where features like editors, datamap, custom columns, grouping, row detail, conditional formatting through rules manager, column selector, column footer, filtering, and searching have been demonstrated: 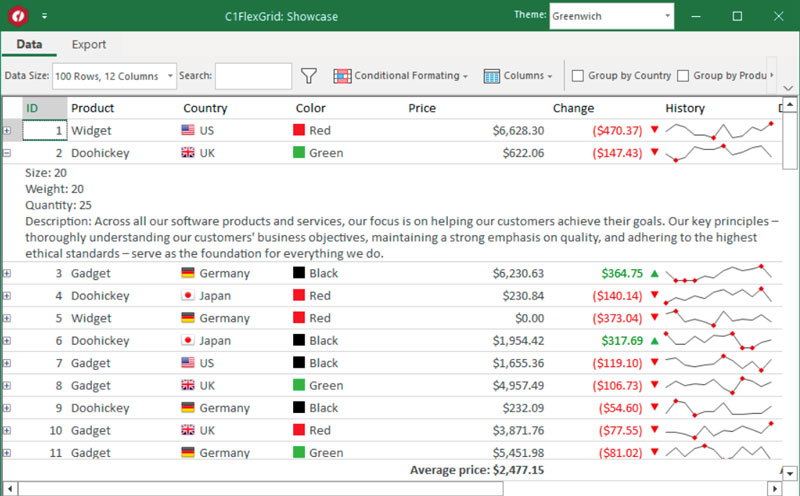 The samples are located in the samples folder of WinForms studio: ~\Documents\ComponentOne Samples\WF\

The current preview has a limited set of controls and a beta license, valid until January 31, 2021. Afterward, the controls will not function.

In the next iteration (the 2020 v3 release) we plan to add more controls, including all Input controls, InputPanel, and other FlexGrid features based on your feedback and usage.

This will be the first official release of the control set and will contain licensing.