One of the top requested features for SpreadJS that we have added with this release is support for cross-workbook formulas.  This new feature allows your users to enter formulas that contain references to data in other SpreadJS workbooks.  File names for other workbooks are simply enclosed inside square brackets within a formula:

SpreadJS PivotTables now support timeline slicers, which gives your users the ability to conveniently slice data by specific dates.  In addition to filtering a PivotTable by dates, you can use the timeline slicer to dynamically filter by date and/or time with a powerful slider control. 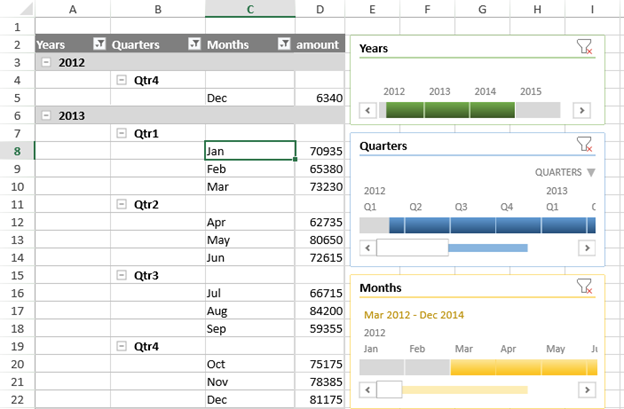 Show Items with no Data

By default, PivotTables will display only items that contain data, and this is especially noticeable when rows or columns are not visible when filtered.  With this new “Show items with no data” option, you can enable the PivotTable to show these blank values even though they don’t have any data in them.

See the PivotTable Show Items With No Data demo

TableSheet now supports displaying multiple rows in column headers, allowing you to visually group columns together in hierarchies of related fields.  This functionality is included in the SpreadJS script files for TableSheet as well as the SpreadJS Designer.

Another powerful feature that we have added with v15 SP1 is support for a free header area in TableSheet.  This lets you create a dynamic header area above the TableSheet view that includes full support for formulas, formatting, and more making it ideal to provide supporting summary data at a quick glance. 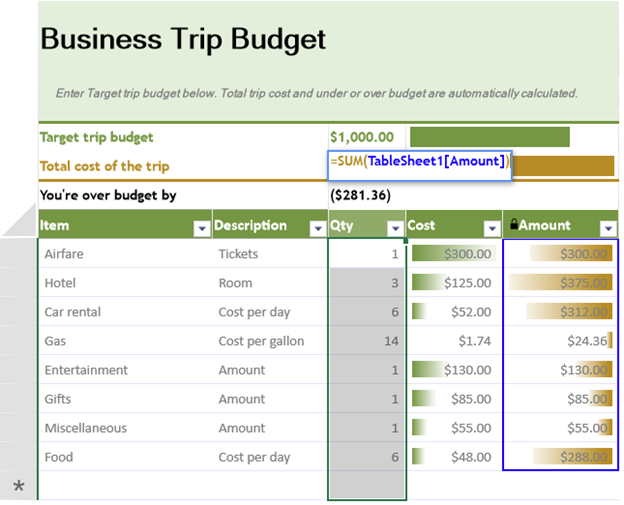 One of the biggest TableSheet features we have added in this release is known as TableSheet Cross Column, greatly enhancing the data entry capabilities.  Cross column allows you to present (pivot or transpose) fields from multiple related tables or records in a single row view. An example use case is to present a Payment Method field with multiple record options in a single row instead of multiple rows.

In this example, cross columns allows you to present the Cash, Check, ACH, and CC options in a single row making it easy for your user to enter or edit this data. Cross columns essentially pivots this data into a more streamlined row view, like a PivotTable but for data entry.  This could also be used for things like budgeting or expense reports.

Another customer requested feature for TableSheets that we have added with this release is the ability to create PivotTables from TableSheets.  You can now reference TableSheet data when creating PivotTables like so:

In many cases, columns in a TableSheet will contain header text that is longer that the width of the column.  This column header StackedMode API enhancement allows you to display the full text without having to increase the column width, making it ideal for presenting narrow column data/entry while still providing context to the header labels.  This enhancement now supports using vertical text within those stacked mode column headers: 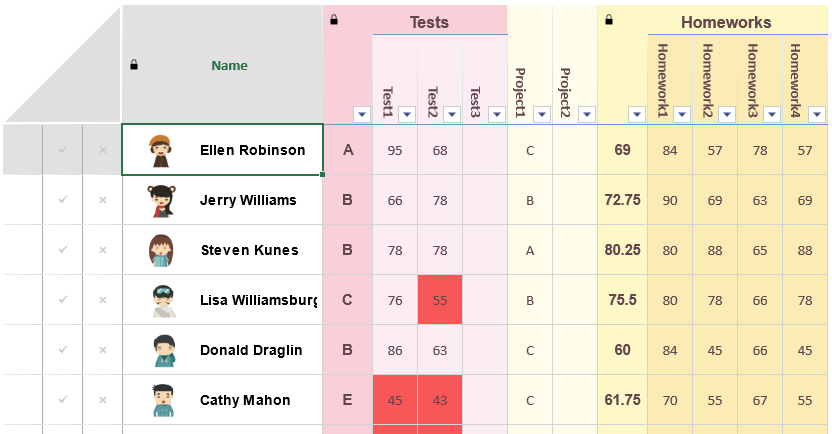 One of the new Designer features we have added is enhancements to the CultureInfo.  This includes: 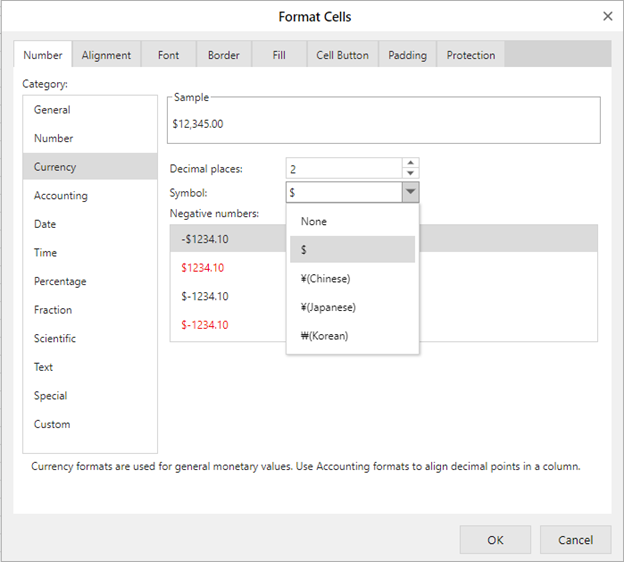 As part of Excel compatibility, we have enhanced runtime filter support in the Designer so that when a filter is applied on a single cell, it is automatically extended to adjacent cells that have data in them.

We already support Vue3 in SpreadJS, and with this release we have added Vue3 support to the Designer Component as well.

The calculation engine now supports using “.” as an operator to retrieve the properties of an object.  For example, if cell A1 contains an object with a property “productName” you could simply use this operator to refer to it:

In a previous SpreadJS release, we added the ability for shapes to have text added inside of them.  We have enhanced this functionality with this release to now include the ability to add cell references as the content in shapes.

Another customer-requested feature that we have added is the ability to create sparklines from data in non-contiguous ranges of cells.a

SpreadJS supports printing, but once a print range was set, row or column changes would not affect it.  With this release, we have added the ability for print ranges to automatically update when rows or columns are added or removed.

To make multiple sheets easy to navigate in SpreadJS, we have added an “All Sheets” button in the sheet tab bar, which shows a drop-down of all of the sheets in the workbook to make them easier to select.

See our demo that showcases this Show All Sheets Button

SpreadJS now supports the “GetUsedRange” API, which essentially  returns the range of cells that have data in them.

See the Get Set Data demo

The drag-drop functionality in SpreadJS has been enhanced to insert rows rather than overwriting existing rows.  When selecting a row and dragging it, a highlighted line will appear for the new location of the dragged row:

In the SpreadJS v15.1 release, we have added a new hidden status known as “VeryHidden”.  This behaves exactly the same as the standard “Hidden” status, with the exception that hide and unhide operations cannot be performed through the UI.  This setting is exported and supported in Excel as well.

In previous release of SpreadJS, setting style and style names would have to be done cell-by-cell using a loop.  With this release we have eliminated the need for a loop by providing the setStyle and setStyleName API on entire cell ranges, which should make the code a bit simpler.

We hope are you are excited about the new features and enhancements added to SpreadJS in the v14.1 release. To try these features, download a free 30-day trial of SpreadJS.

Check out our demos and documentation to learn more.