The print info now includes API to show the printing range of cells for each page, and the background watermark image can now be added when printing a page.

Drag-filling in SpreadJS has been enhanced with support for days of a month, strings with numbers, and custom lists. Drag-filling dates will fill in the rest of the month where appropriate. Strings that have numbers at the beginning or end can be filled correctly in sequence. With custom lists, a developer can create a specific set of data to drag fill a range of cells with.

When text in a cell is hyphenated and it is set to wrap, changing the column width will ensure that the text is wrapped with the hyphens:

18 new language packages have been added to the calculation engine in SpreadJS. This includes localized function names and syntax for structured references for spreadsheets for specific languages. These languages include Chinese, Portuguese, and German, just to name a few.

With custom localization, displayed properties and words in the SpreadJS instance can be customized with specific languages. By default, the only languages in SpreadJS were English, Japanese, Chinese, and Korean, but this features gives developers control over what languages are shown.

Support for chart symbols has been added with SpreadJS v12 Service Pack 2. This allows developers to choose the types of symbols that are displayed in place of the markers for charts like Line, Scatter, and Radar. The markers can be changed to things like Circles, Diamonds, Squares and Triangles: 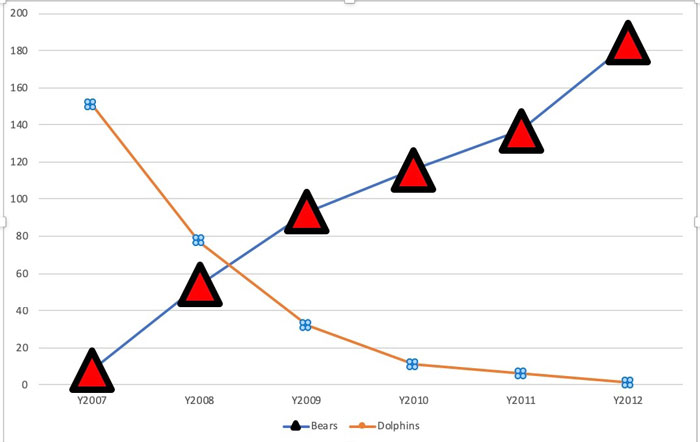 Spread can be used with Angular, Vue, and React.

Filling data was already a part of SpreadJS, but now we have added the ability for users to double-click on fill indicators in order to auto-fill data.

Different cell highlighting types have been added to the data validation in SpreadJS. This includes circle, dogear, and icon.

The way that numbers and dates are displayed in SpreadJS has been enhanced. When numbers are too big to fit in a cell, they will be changed to fit properly.

Two types of clipboard pasting have been added, allowing users to copy and paste only values and formatting, or only formula and formatting.

The Excel-like Subtotal functionality has been added to the Designer, allowing users to insert subtotals into their sheets. 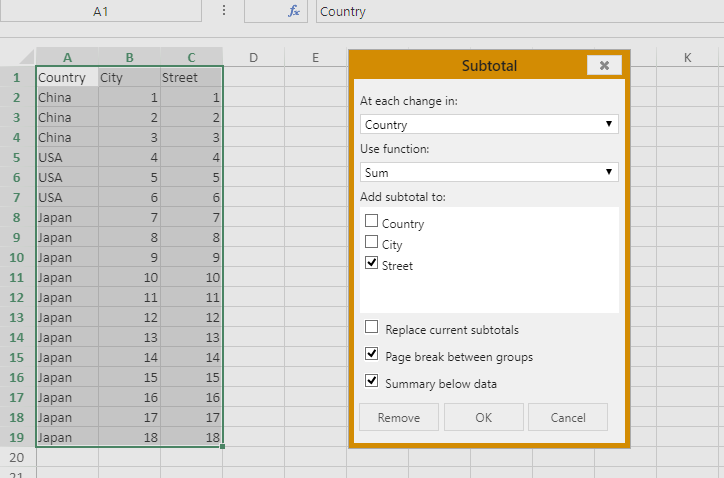 With the runtime data validation highlight style we have also added a menu in the designer to support it. 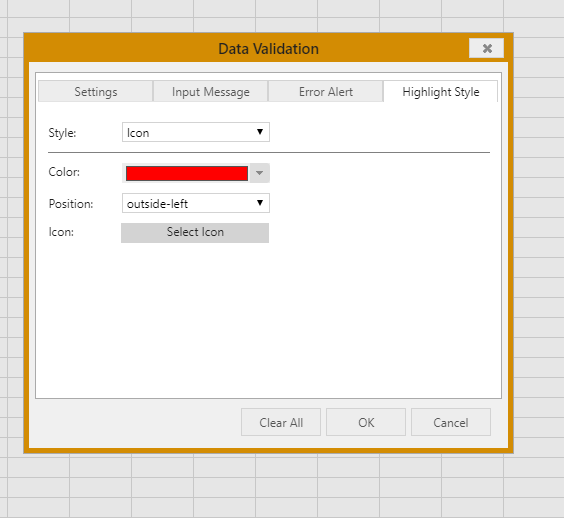 New clipboard pasting options have been added to the designer in both the ribbon menu and the context menu. 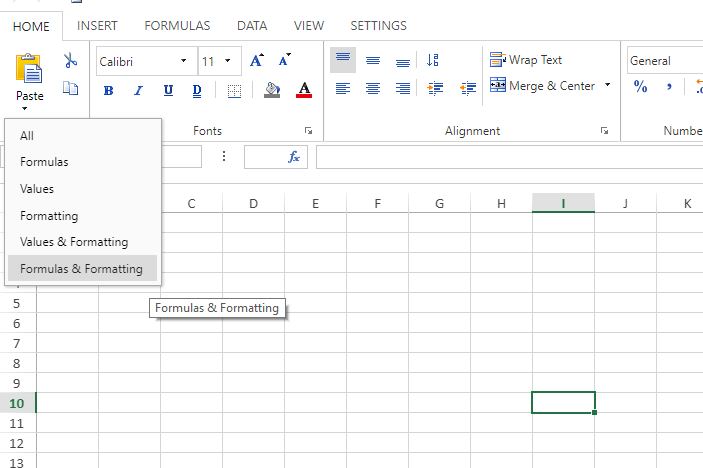 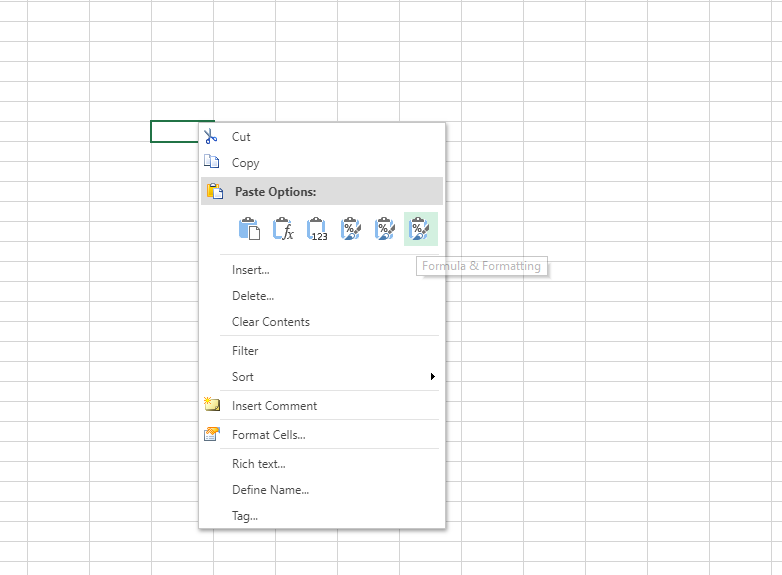 A blank table style has been added to the list of table styles that can be applied. 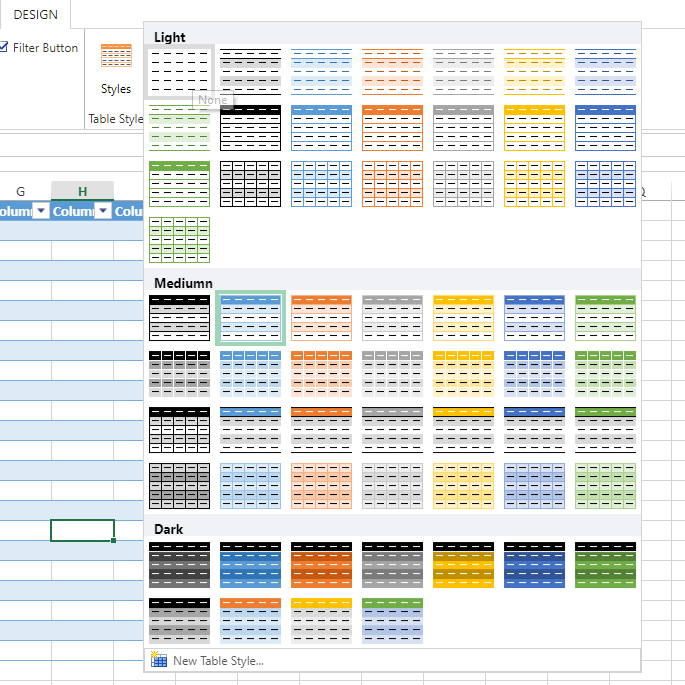 A status bar has been added to both the runtime and designer implementations. In addition to displaying information about the selected cells, a context menu has also been added. The status bar can be customized to fit specific needs.

Read more about the status bar.

SpreadJS has now been tested with the latest version of Angular 7. This release includes support for all SpreadJS properties and events, as well as the Angular CLI.

For a detailed listing of fixed issues, please see the Release Notes.

Add Custom and Built-in Shapes to Your JavaScript App

The biggest news from SpreadJS v12 is the arrival of shapes. Draw shapes, create interactions, and change them with data—it's up to you.

Like Excel, we've implemented dozens of built-in shapes to add more detail and visual appeal to your workbooks, as well as the ability to seamlessly import and export Excel workbooks that contain shapes. These 60+ shapes include basic rectangles, arrows, balloons, and action buttons.

We've added custom and data-driven shapes. These can be used to make different kinds of interactive diagrams, including: 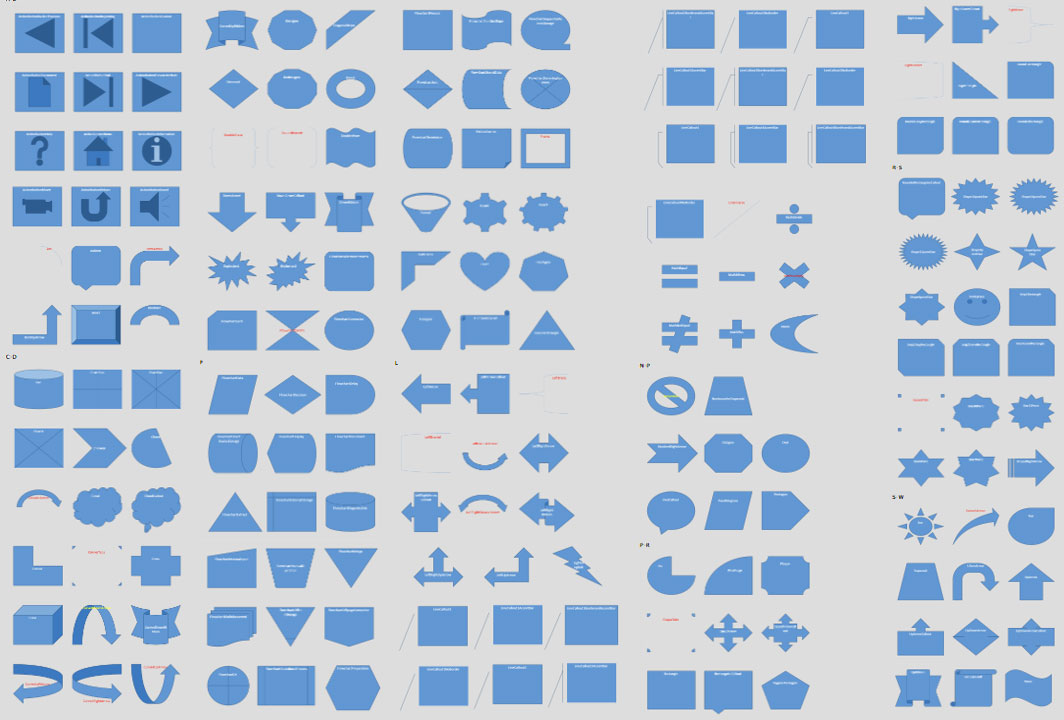 Include Different Formatting in a Single Cell with Rich Text Formatting

With rich text formatting, users can now add bold, italics, font, and all basic formatting to a single cell! It's a popular request from customers and a valuable feature for new users.

In addition to offering more flexibility in visual styles, the rich text editor allows you to more clearly display mathematic, chemistry, and scientific formulas that require superscripts, subscripts, or symbols.

SpreadJS column, bar, line, and pie chart now include seamless loading and updating animation. When the data for a chart is changed or the chart is first loaded, the chart will animate up to the values for the chart: 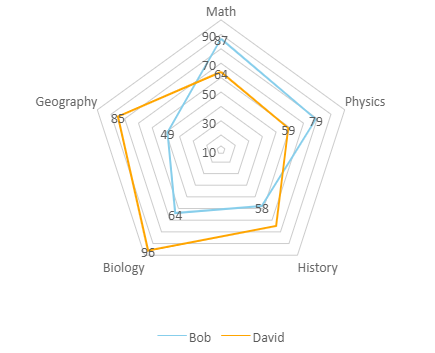 A sunburst chart visualizes hierarchical data from a root node (center) outward to lower hierarchies. A segment of the inner circle is a parent to the segments of the outer circle which lie within the angular sweep of the parent. Try the Demo | Documentation 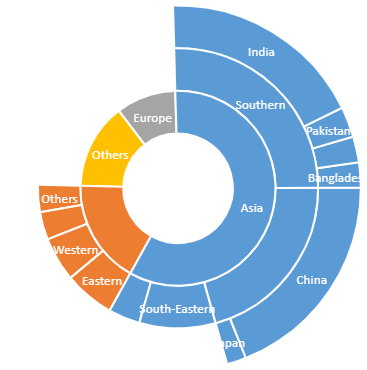 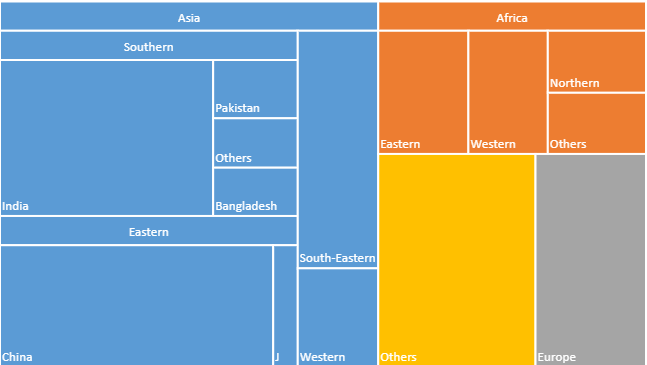 Excel's new feature allows users to select a large range, and then deselect specific cells. SpreadJS has added this as a feature:

Barcode sparklines are implemented as a rendered formula, and can be used in order forms, for tracking purposes, and as website links (QR Codes). Try the Demo | Documentation